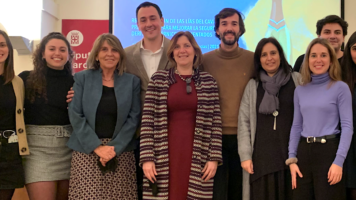 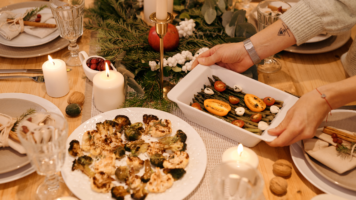 How to manage the festivities and a low-histamine diet?

The II International Congress of DAO Deficiency was held last November, whose main objective was to reinforce knowledge through an extensive scientific program with world-renowned experts.

For years, it has been known that DAO deficiency is characterized by encompass symptoms which can affect multiple systems of the organism. Due to all the consequences that histamine excess can represent, research in this area does not stop, and there are more and more scientific advances in non-invasive treatments in clinical practice.

Following this line, intestinal imbalance or dysbiosis is proposed as another possible origin of secondary or acquired DAO deficiency. It has been observed that an alteration in the composition and/or the functions of the microorganisms which inhabit the intestine, it contributes to an inflammatory state of the intestinal mucosa and, consequently, a reduction in the activity of the DAO enzyme; or even, an increase in the endogenous histamine release by some bacteria.

Recently, the lower urinary tract has been studied to investigate the relationship with DAO deficiency. Because there are histamine receptors at muscle and nerve levels in the lower urinary tract, new research shows the possibility that histamine is involved in overactive bladder, enuresis or bedwetting, and interstitial cystitis context, among others.

Certain studies have been carried out showing a relationship between Attention Deficit Hyperactivity Disorder (ADHD) and histamine and, recently in Congress, preliminary results were shared on a prevalence of DAO deficiency study in children with ADHD. Other data of interest founded is that the severity of the enzyme reduction is related to certain symptoms, such as respiratory and gastrointestinal symptoms.

Another novel studies show that the prevalence of DAO deficiency in patients with insomnia symptoms, in relation to falling asleep and maintaining sleep, is high. In this sense, the most stand out symptoms observed are gastrointestinal, allergic and migraine. This fact chimes with our clinical experience, as most patients have sleep disorders and after a few weeks of dietary treatment we see notable improvements.

Likewise, the importance of studying the prevalence of primary or genetic DAO deficiency in neonates has been highlighted. There is very little scientific evidence regarding this population group, since, unlike adults, they cannot verbalize what is happening to them and, furthermore, their physiology is different, meaning that the associated symptoms may be non-identical. It has been some research in adults on the relationship between DAO deficiency and alterations in genetic polymorphisms, that is, in the genetic variants associated with the gene which encodes the DAO enzyme. In this case, it seems that the number of symptoms or their severity are not linked based on the number of altered genetic polymorphisms.

The obtained results both in diagnosis and treatment and ongoing worldwide clinical studies are representing a paradigm shift in the medicine and nutrition field. Continuing to investigate the challenges that science poses will allow, thanks to the great work of researchers and health professionals with their clinical practice, to transform the obtained data into therapeutic strategies to improve the life quality of people suffering from DAO deficiency.