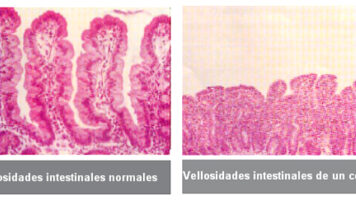 Celiac disease. When we should follow a gluten-free diet? 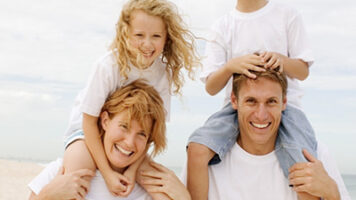 Millions of bacteria and microorganisms coexist in our intestines. These must be in harmony and maintain a homeostasis among them, with a greater proportion of beneficial bacteria and few pathogenic bacteria. In addition to the type of bacteria, the place where these bacteria live is also important, and most of them live in the most distal part of the intestine, in the colon. But sometimes, due to an imbalance of the intestinal microbiota, these bacteria can develop in large amounts in the small intestine and cause digestive discomfort.

By its acronym, SIBO (Small Intestine Bowel Overgrowth), is defined as an excess of bacteria in the small intestine above 105 UFC (Colony Forming Units) as a result of an imbalance of the intestinal microbiota. The main causes are decreased gastric acid secretion (hypochlorhydria) and impaired intestinal motility.

Depending on the type of bacteria that colonize the small intestine, it will lead to one symptomatology or another. Usually, SIBO results in intestinal malabsorption of certain nutrients, inflammation of the intestinal mucosa and various gastrointestinal symptoms:

How it is diagnosed?

If the presence of SIBO is suspected, a specialized professional should be consulted in order to perform an aspirated lactulose test, in which the amount of hydrogen and methane aspirated after the intake of a lactulose solution will be measured.

In case of obtaining a positive result, a treatment prescribed by a professional with pharmacological or herbaceous antibiotics should be performed to restore the healthy intestinal microbiota, together with a low FODMAPs diet if it is necessary.

What is its relationship with DAO deficiency?

The increase in pathogenic bacteria can cause an increase in the production of proinflammatory cytokines that damage the intestinal mucosa, which will become irritated and inflamed. Such inflammation can cause a decrease in the activity of the enzyme Diamino Oxidase (DAO), and therefore an acquired DAO deficiency.

In addition, if such inflammation is prolonged, it can lead to intestinal permeability, which will result in a greater absorption of the histamine ingested through the diet.

On the other hand, we cannot forget the fact that histamine is mainly produced by certain bacteria. Thus, an increase in the number of bacteria in the small intestine, can in turn cause an increase in the production of histamine by our own intestinal microbiota, which will accumulate in our body and worsen the symptoms of those who have DAO deficiency.

In AD Dietistas we managed to see a great improvement in the majority of the patients we visit, either because they have a genetic and/or acquired DAO deficiency. If you want us to advise you in a personalized way, either in our Barcelona centre or by videoconference from anywhere in the world, contact us and we will help you.