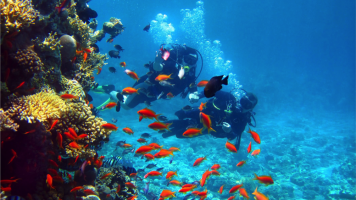 Being a sportsman and prone to migraines is a combination that requires a certain control. Studies show that practicing aerobic physical activity (that uses oxygen as fuel: jogging, cycling, swimming, football, dancing, riding, skiing…) on a moderate intensity during 2 hours increases the amount of histamine in the system. This molecule is known, besides many other things, to vasodilatate the arterial system, which facilitates the appearance of migraine.

What has been noticed is a vasodilatation post-dynamic exercise through the activation of the histamine receptors H1 and H2 in our system. This activation has not been noticed in post-resistance exercise.

We all know that aerobic exercise has many benefits, so it is advisable to practice it to improve our health. Among other things, it reduces the risk of suffering diseases like hypertension, diabetes or obesity, as well as decreasing the level of stress, cholesterol and improving the sleep cycle.

However, if we have Diamino Oxidasa (DAO) enzyme deficit, it will be easier to suffer from migraine (let’s point out that 87% of patients with migraine have DAO deficit), since the histaminic level of these people is already high, and therefore they have a double way of accumulating histamine: on one side the accumulation due to metabolic disorder, and on the other the accumulation for physical effort. Exercising at a high intensity can trigger a strong migraine crisis, given the capacity of the histamine receptors to vasodilatate arteries, although it may not negatively affect everyone.

All in all, seeing this relation: what should you do if you are a sportsman or woman and you also have this enzymatic deficit? Quitting exercise could be an answer, but it is obviously not the right one. Exercising is totally recommendable, although in these cases the sort and duration of the activity, and the diet have to be controlled.

First of all, an exercise or sport that is not too energetic or competitive should be picked, at least up until the moment where physical condition improves. The duration of the activity should not surpass 30 minutes 3 times a week. Slowly, the time can be increased, as long as the person knows its own limit. A special eating pattern will also be very necessary, specifically a low histamine diet laid down by a registered dietitian.

Finally, I want to remind you of the importance of not practising any sports or physical activity on an empty stomach. Fasting causes a liberation of histamine, that added up to the DAO deficit and the histamine from exercising, would lead to a faster appearance of the migraine crisis and other possible symptoms like nausea, vomit, dizziness or light and noise sensibility.