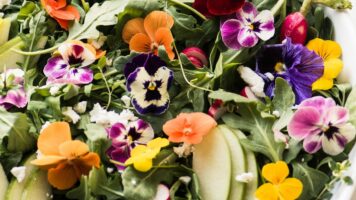 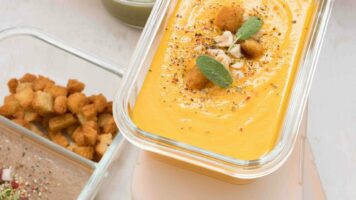 How to organize the meals of the week in a short time?

Coffee and migraine, a good tandem

Although coffee has its origin in East Africa, it is one of the favorite beverages of the Western world and its consumption is widespread, with the Finns winning by a long way and followed by the Norwegians and the Icelanders. Its main component, caffeine, is a chemical compound synthesized in different plants that exerts important effects on our nervous system and, in recent times, has been the subject of numerous scientific studies.

Being such an important drink in our society and with so many millions of people consuming it, a while ago I attended the “Independent Barcelona Coffee Festival”, an event dedicated 100% to quality coffee, and my perception of coffee changed completely.

The main reason for its consumption lies in the stimulation of the nervous system, thus reducing the feeling of fatigue and drowsiness. Consequently, the mental processing capacity is increased. In addition, it has been shown that it acts by stimulating the acid secretion of the stomach and has a diuretic effect.

However, another of its very interesting and little-known effects is its ability to decrease blood flow. This mechanism is due to a decrease in the diameter of the blood vessels, exerting a vasoconstrictor function. When a migraine attack appears, the blood vessels are normally dilated. In this sense, the vasoconstrictive capacity of caffeine turns out to be a great ally for this situation.

The botanical variety of coffee, the type of roasting, the type of coffee maker to use, as well as the recommended amount of coffee, are factors to take into account for people who suffer from migraines, digestive problems and who want to benefit from the effects of coffee. Thus, in general, it would be advisable to:

– Botanical variety: Arabica. Unlike Robusta coffee, Arabica contains half the caffeine, but in its favor it is smoother, even sweeter, more aromatic and less irritating. It grows much higher (from 1000 meters) and for this reason it does not need as much caffeine to deal with pests and diseases. There are blends of both varieties on the market, but in more specialized stores it is easy to find 100% Arabica varieties.

– Type of roast: Light or medium. Best to avoid dark roast. To know for sure, look at its color: the blacker the grain, the more bitter and the less caffeine it will have. Try to opt for light-colored beans or ground coffees. On the other hand, it will have more antioxidant properties. And finally, it is important to avoid roasted coffee, since it is roasted with sugar and it is more irritating.

– Type of coffee maker: Drip or filter. Some examples are the Italian, French press, Aeropress or Chemex. The one that could most harm those who present digestive discomfort would be the Express coffee machine. The pressure used is much higher and can burn the coffee if it is not done at the right temperature.

And the most frequently asked question: how many coffees a day can I drink? In general, 1 to 2 coffees a day and more when migraine symptoms are approaching. It is important to note that excess coffee (more than 4 a day) can cause unwanted effects in the long run, such as anxiety.

We are often asked if coffee contains histamine. No, it does not have histamine; and, as we mentioned at the beginning, people who suffer from migraines can benefit from its powerful vasoconstrictor effect. In this way, specialty coffee, light or medium roasted Arabica coffee, prepared without raising the pressure too much and at a controlled temperature, will be better tolerated in those patients who are more delicate at the digestive tract. However, it is common for people with gastritis or ulcers to be prohibited from consuming it by prescription due to its possible irritating effect.

For this reason, it is important to personalize and individualize the general recommendations from the hand of a professional according to each case.