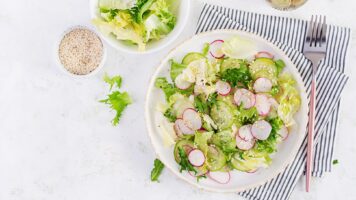 Histamine in the circadian rhythm

Have you ever heard about histamine intoxication? Or even about food or environmental allergies? And the terms “mastocytosis” or “DAO deficiency”, do they sound familiar to you? Well, all the mentioned cases have a common denominator: they cause an excess of histamine in plasma that gives rise to many possible side effects. However, the key will be to know the mechanisms involved in each of the situations cited in order to know what measures we have to take.

When there is a disproportion between the ingested or released histamine from the cells that store it in the body, as well as the ability to metabolize it, its accumulation in plasma occurs and, consequently, adverse effects appear. This accumulation may be due to different reasons:

Thus, it is important to make a correct diagnosis of the reason why there is an increase in histamine levels. Therefore, we will be able to design an optimal treatment, individualized for each case and always by the hands of a one dietitian-nutritionist.