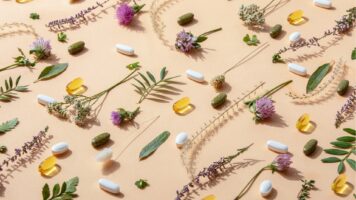 Which substances can act as natural antihistamines? 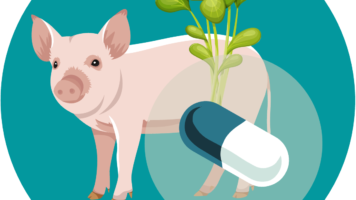 DAO enzyme according to its origin: animal or vegetable?

It is suspected that an imbalance between histamine-producing and histamine-degrading bacteria in our large intestine would favor the accumulation of high levels of this amine, its subsequent absorption into plasma and the appearance of different symptoms. In addition, intestinal dysbiosis could contribute to mucosal inflammation and, in turn, promote the development of leaky gut and/or secondary DAO deficiency. Ensuring a correct balance of the microbiota will be a key factor for the treatment of people with DAO deficiency.

It is known that the alteration of the activity of the enzyme Diamino Oxyadase (DAO) may have a genetic origin (primary), but also pharmacological or pathological (secondary). Recently, it is being suggested that the imbalance of the intestinal microbiota could fit within the secondary origins. There is little scientific evidence on the subject; however, there is a growing body of evidence that sheds a light on this direction.

It has been shown that there are different histamine–producing bacterial strains (Enterococcus faecalis, Bifidobacterium pseudocatenulatum, Lactobacillus gasseri, Escherichia coli, Morganella morganii and Proteus mirabillis), as well as that those capable of degrading (Escherichia coli and Klebsiella pneumoniae). In this sense, a greater abundance of histamine-producing bacteria, called histaminogenic bacteria, can favor the accumulation of high levels of histamine in the intestine and its subsequent absorption. As a consequence, the ability to degrade histamine would be easily overcomed, especially in individuals with DAO deficiency, and the most typical symptoms would appear: migraine, abdominal swelling, itching, redness or rhinitis, among others.

Following this line, our research group teamed by Sònia Sánchez-Pérez, Oriol Comas-Basté, Adriana Duelo, M. Teresa Veciana-Nogués, Mercedes Berlanga, M. Luz Latorre-Moratalla and M. Carmen Vidal-Carou published in April 2022 a study on intestinal dysbiosis in patients with histamine intolerance. The objective of the research was to characterize the composition of the intestinal microbiota of patients with histamine-intolerance symptoms and compare it with healthy individuals. As a result, intestinal microbiota dysbiosis was observed in the group with histamine intolerance, compared to healthy individuals which had a significantly lower proportion of Prevotellaceae, Ruminococcus, Faecalibacterium and Faecablibacterium prausnitzii, health-related intestinal bacteria. In addition, this same group had significantly higher numbers of histamine-producing bacteria, including the genera Staphylococcus and Proteus, as well as several unidentified genera belonging to the family Enterobacteriaceae and the species Clostridium perfringens and Enterococcus faecalis. 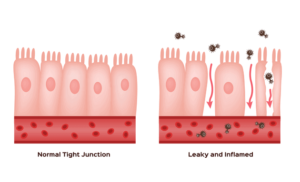 Additionally, the overgrowth pathogenic bacteria can cause an increase in the production of proinflammatory cytokines that damage the intestinal mucosa, contributing to its irritation and inflammation. If this inflammation is prolonged over time, it can lead to greater intestinal permeability, which will result in greater absorption of the histamine ingested through the diet and the appearance of clinical symptoms. Even thought, it is said that inflammation could generate a reduction in the intestinal villi and, therefore, a reduction in the brush border surface of the enterocytes, which would lead to a direct DAO deficiency.

For this reason, an objective to be achieved in patients with DAO deficiency is to ensure a good intestinal microbiota balance. Although the main origin of the histamine accumulation comes from a genetic enzyme deficiency (primary), a disbiosis plays an important role in driving its pathogenesis. Thus, it will be key to design an optimal and individualized treatment in each case and always in the hands of a registered dietitian-nutritionist.